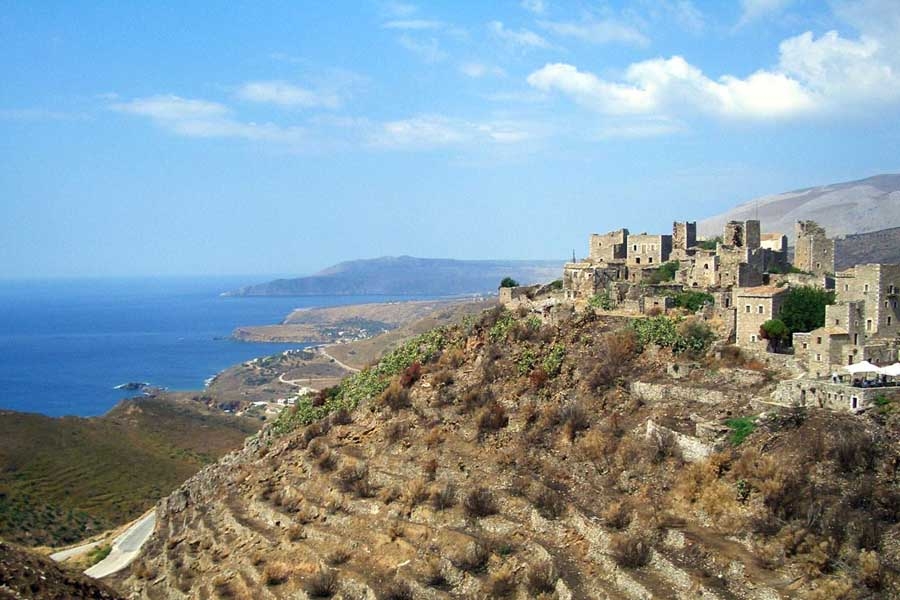 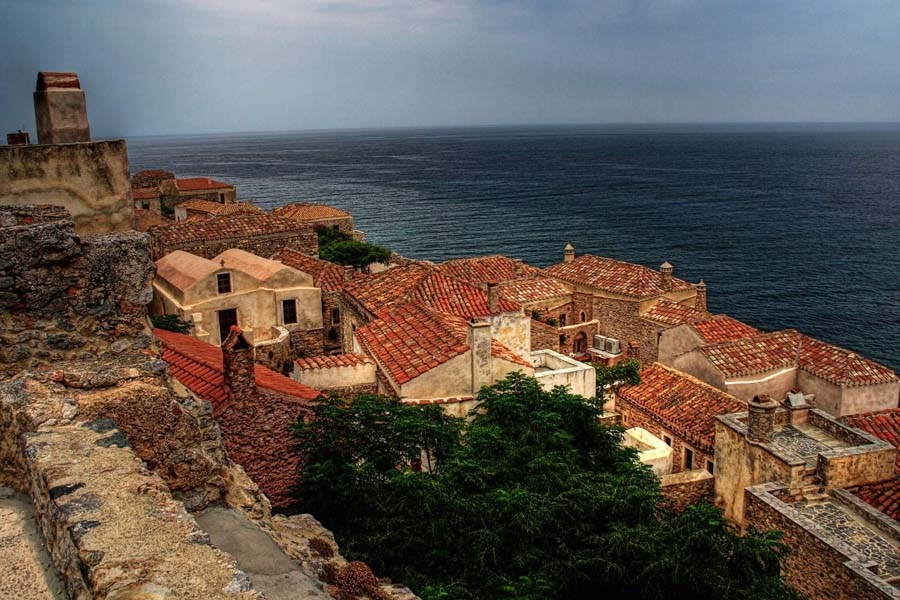 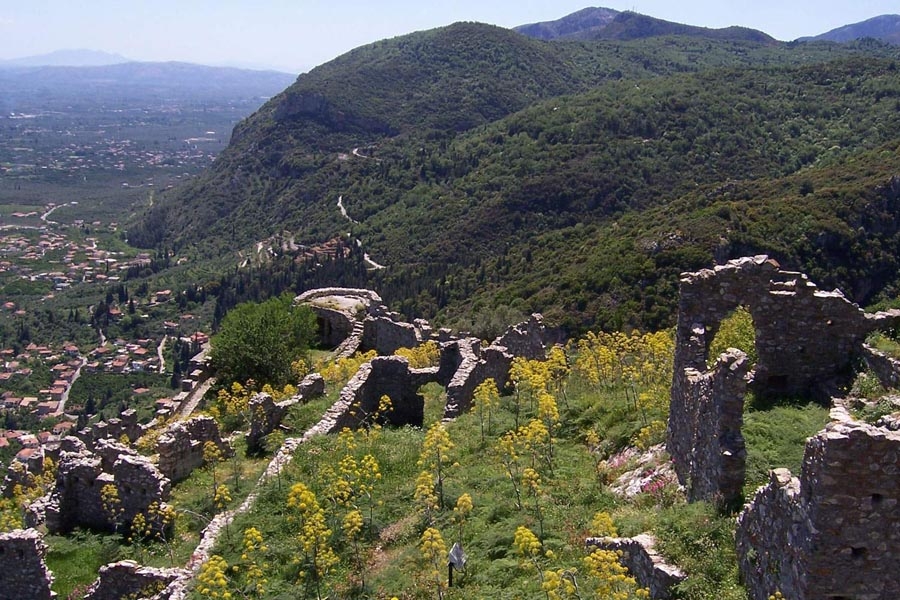 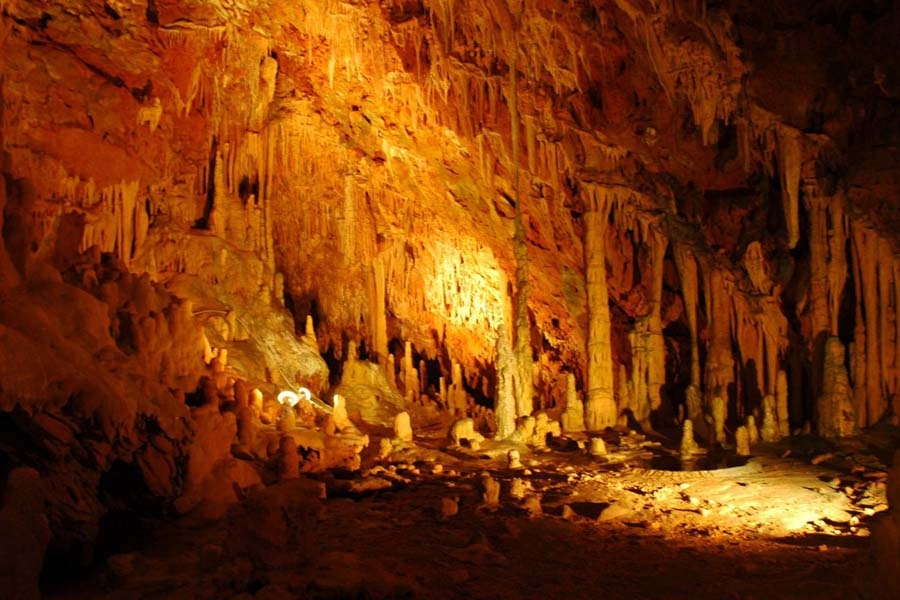 The biggest city of Mani, with history from the ancient years, mythology says that Gythio-as historian Pafsanias recorded - has been built by Apollo and Hercules together, as capstone for their reconciliation after a conflict. Here they found covert Paris and Beautiful Helen of Menelaos, before they sailed to Troy; Gythio has also been harbor for the Phoenicians, the greatest merchants of their time .

During the Roman era it was an important trade center. In the years of the Greek revolution, circa 1821, the city's location was strategic and many personage who lived here played an important role in the turn of events. The buildings of Gythio have to be preserved by law, so the character of the city remains mostly unharmed.

Located at the foot of mount Larysio( Koumaros), with layers of history from ancient times till today, noticeable in many monuments in the city, with the light house on the edge of the tiny island Kranai and the switching shore, this city will amaze you.

Wander through the quaint alleys, look up at the neoclassical buildings and try tasty local food of Mani. Don't miss the chance to eat fresh fish or other seafood, or just relax drinking your coffee or a drink, gazing at the unique sea view and feel the sea breeze.

Ruins of the ancient city of Gythio, are in the northern part of the new city. There you can find reminders of the past, mosaic floors, aqueduct, temple of the emperors Augustus and Tiberius, baths and theatre.

The stone tower Tzanetaki- Grigoraki, built during the Ottoman occupation, is now home to the Historical Ethnological Museum of Mani.

Parthenagogio was built in 1886, by the famous architect Chiller, as was the City Hall in 1891. In that same building now exists the Archaeological Museum, where you can see the collection of the Roman exhibits.

Up in the hill Koumaros, the chapel of Agioi Pantes, has the most amazing view of Gythio and Laconic Gulf, extended under your feet.

An hour's drive east of Gythio(54 km) is magnificent Monemvasia, with the Medieval fortress. Standing on the top of a hill 300m high, like a stone ship, it is surrounded by the Myrtoo sea. The only connection with Peloponnese, is a narrow path of land, the only way to go to Monemvasia. In our days Monemvasia stands, with its architecture unspoiled. The narrow cobbled alleys, lead the visitors among Byzantine churches, manors, beautiful buildings which keep their medieval character. Ascending to the upper town, the towers and residence of Venetian commander are still standing proud and amaze with their majestic shape.

Alongside, beautiful and inviting, the new town provides a wide array of tourist amenities.

The whole city of Monemvasia is worth seeing, but you should pay attention to the church of Agia Sophia, built in octagonal shape by the emperor Androniko, in 12th c. The Venetians converted it to a catholic church and in later years the Turks to a mosque, but it kept its beauty till today.

Continuing along the way, you can visit the excellent cave of Kastania, the fossil forest of Neapoli and astonishing Elafonisos, at the route North-East of Gythio.

On the mount Taygetos, near ancient Sparta, 47 km North-West from Gythio, is standing the fortified town, with the Byzantine palace of Mystra, monument of Cultural Legacy of UNESCO. Mystras used to be a famous political and cultural center of the latest Byzantine era, which flourished after the 4th Crusade (1204) and the transfer of the Empire's interests from the East to West.

In our days, as the visitor gets in from the gate of the castle, there are many suggested routes that can be followed. Walking on the path, you can admire important monuments, cosmic or religious which prove the undeniable glory of this place.

Starting at the upper gate, you can see the church of Agia Sofia, the Palace Chapel, the Palace Development, one of the few extant globally. Then, continue to the Pantanassa Monastery, dedicated from the domain minister, Ioannis Fragopoulos to Holy Mary, the great temple along the Walls, the Vrontohi Monastery with two Catholics, ruins of the Library and finally the metropolitan church of Agios Dimitrios. At the top of the town stands the castle of Franks, offering a great opportunity for panoramic view of the Laconic Valley and mount Taygetos.

The most known – from posters and postcards- village of Mani, famous since the middle of 16th c, is Vathia. It is very impressive to see its towers built on the top of the hill, so close to one another. In the late 70's, some of them had a 20 years rent contract and the towers operated as guest houses for some years, bringing back life in the deserted village. But in the late 90's the towers were returned to their owners and as the repairing cost is unbearable, desolation occurred again.

It is a very good idea to continue your trip to the graphic Gerolimena- sacred port for Ancient Greeks- and cape Cavo Grosso.

Pirrihos, is one of the villages we can find in references of the ancient author-traveler, who wandered at Laconia, 2nd c.A.D. In addition to the two sanctuaries of Astartian Diana and Amazonian Apollo-related with Amazones passing from the area- Pafsanias mentions the water wells of the village. Habitants claim that two among them are still with water.

Diros cave is known as the most astonishing lake cave globally. It consists of three cave parts: Glyfada, Alepotrypa and Katafigi, which have their own beauty. Beneath Mani's land is nestled in extreme awesomeness. The cave's exploration began in 1949, from the known couple of cavers, Ioannis and Anna Petrohilou, of the Greek Speleology Company.

There are stalactites and stalagmites in the cave, which once was dry land, but as the years went by, the surface of sea water raised and stalagmites look now like white columns emerging from the waters.

No matter how many times you visit this cave, you won't stop gazing with admiration and you always feel grateful for Nature's gifts. During the 45 minute tour visitors tend to stare amazed and speechless.

The Neolithic Museum of Diros exhibits findings from cave Alepotrypa, which has been inhabited since 5.300 b.c.

Byzantine churches of Mani are built in different architectural orders, small chapels on the road or big temples with domes, some of them constructed with bricks- as it was usually done in the middle Byzantine era- and others integrated marbles from the ancient temples. There are also differences in hagiography. In some churches you can notice the experienced hand of the hagiographer, in others the innocence of a folk painter.

This church is located on a steep slope, at the gems of Mezalimona, the first gulf west of Tigani. Inside the temple, you can hear the splat of the water and from the yard, the view of cape Tigani is unique.

Agitria, cruciform with dome, is among the most beautiful Byzantine Chapels, with marble raised designs, columns and bird patterns shaped on the floor. It is built near a cave at about 1200 A.D. Some icons at narthex and sanctum have faded, as they are very old. The most recent are there since 1808.

The end of the earth

Cape Tenaron or Cavo Matapas, is shaping a narrow strip of land, between the bay Porto Marinari on the right (west) with Marmari settlement and three beautiful sandy beaches and on the left (east) the bay Porto Cagio, and the settlement with the ancient name "Psamathous".

Across and north from Porto Cagio are the ruins of the castle that guarded the quail port (from the French "Port aux Caill"). In our days the walls are connected with the tower-buildings of settlement Achillion.

Between the two bays, on the hill, at the location Harakes is standing the impressive tower Grigorakaki.

Further down on the road to Kokinogeia and the way to "The Passage to the Underworld", the cape is wider. On the left of the road you can see the lovely settlement Paliros, with a net of dry-stone fence below. At the end of the road the oldest chapel of Agion Asomaton is built from the marbles of the ancient temple of Tenarios Poseidon (Neptune).

A few dozen meters on the left of the chapel, there is a carved moat, which is considered as part of "The Passage to the Underworld", from which Hercules and Orfeus entered Hades. There must be a cave –entrance, maybe accessible only by the sea, but it has not been found yet.

On the right side of the temple, take a 45' hike and reach the imposing Akrotenaro lighthouse, where the Aegean meets the Ionian Sea. Close your eyes and let the myth-laden scenery exert its power on you!

If you go west, alongside the sea way to Kalamata, you can reach Areopoli, Limeni and Oitylo, also beautiful destinations.

Magnificent with crystal waters beaches, as Selinitsa, in front of our resort, Valtaki with sandy beach and view to the shipwreck, Mavrovouni, Vathi, Skoutari and Ageranos are very attractive to visitors but to sea-turtles as well, because of their water clarity. Blue flags which reward this clarity are many in this area and hence the environmental organization "ARHELON" for the protection of sea turtle has bases there.

At noon the winds at Laconic Gulf are propitious for wind- surfing. Lovers of this sport can hire equipment or take some lessons.

During summer there is a sea connection with Kythira and Creta.

In AKTAION RESORT HOTEL there is an option of planning your private excursion, as a group, with a cooperator van- driver. Just decide it and ask for it in good time.